Folks, I’m sorry I haven’t had any posts for a while… I actually had one ready but never published it since I thought I needed to add more to it, but after rereading, I think it’s best to leave it the way it is, since a short post is usually better anyway. So, thank you for your patience. And, I PROMISE I won’t let more than 10 days go by without a post. All I can say is, there’s just so much going on and I’ve been very caught up in the vortex that is New Orleans. Without further ado, here it is, as it was written on the 12th of February:

I’ve been in New Orleans for about a month and a half now and it’s a very unique experience to say the least. I’ve met quite a variety of very interesting and good people who have all helped me feel at home, travelers and nonresidents alike. 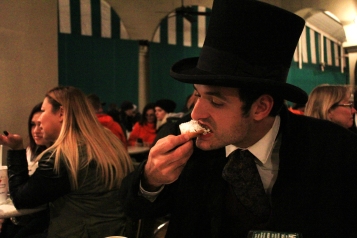 One of the first people I met was a guy named Trevor who does ghost tours and goes by the nickname “Doc.”  I ran into him when I went to Cafe Du Monde on my second night in town.  I was on a mission (per my Gramma’s recommendation) to have a cafe au lait and beignet. So, we sat together, and split the beignets while I drank my cafe au lait – “Doc” had a hot chocolate. He was wearing all black as part of his tour getup and amazingly managed not to spill any of the powdered sugar that they pile on. We talked for a bit and I learned that he’s been married to his high school girlfriend, but, just recently they agreed to try a separation. They had a house together and he literally had just moved into a new place with some roommates the day before we met. It was mostly her idea, but they’re both amicable. I felt for him. I then found out that his biggest passion is designing games, like card games, and he’s even had a successful kickstarter campaign for one of them. We talked about a lot of other things and just enjoyed each other’s company… he even picked up the bill! Pretty lucky for my second day in town. As always, nothing is better than meeting genuinely good people.

After being here a few more days, I ran into another guy who gave me some of my first local insights into the community. He arrived here right after Katrina to help rebuild, which was 10 years ago now. He talked specifically about how the fabric of the area is u 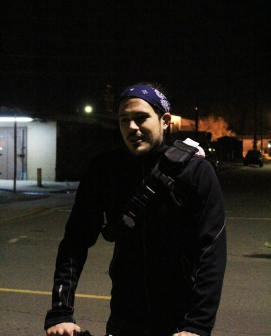 ndergoing some changes… Basically I asked how long he’s been here and his response was, “Too long man… It’s time to get out…” Of course I asked why, and he summed it up by saying that since he’s been here he’s seen the area become “posh and retarded.” He went into more detail, and basically what he was saying was that the gentrification process has been steadily picking up momentum. I’ve heard that word quite a few times around here now. I also learned from him that many locals who were scattered from the storm never came back because much of the land was bought by wealthy developers and is now too expensive. I was bummed to hear all that, but also glad that I finally made it here before things change any more than they have.